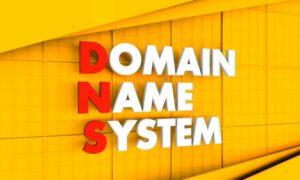 The time before the Domain Name System

A long, long time ago, there was no Internet! Can you believe it? Back then, there were just a few university computers and some military ones linked together through different networks. They were working together, but with a lot of connection problems. The number of the devices started to grow, so did the connection between them.

Back then, each of the computers needed to have a hosts.txt file on their memory, which was basically a table with hosts’ names and their IP addresses. Like a table of A records, but of all possible devices that are there.

Imagine having to administrate a massive excel table with all the sites that you want to visit and their addresses. A lot of work!

The hosts.txt was not a viable option, so there was a need for a better system for that new thing called the World Wide Web. This is where the Domain Name System came.